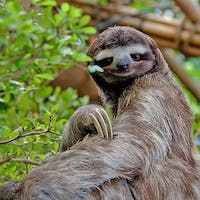 I'll be basing the next few blog posts around the topics discussed in https://www.educative.io/courses/grokking-the-coding-interview/. This will be my take on the content covered throughout the course. If you find this at all useful you should go and support them on educative.

Alright, so lets get started.

There are quite a few questions that are asked which require you to work out something among a continuous subarray of a given size.

Given an array, find the average of all contiguous subarrays of size ‘K’ in it.

One way of solving this would be to: 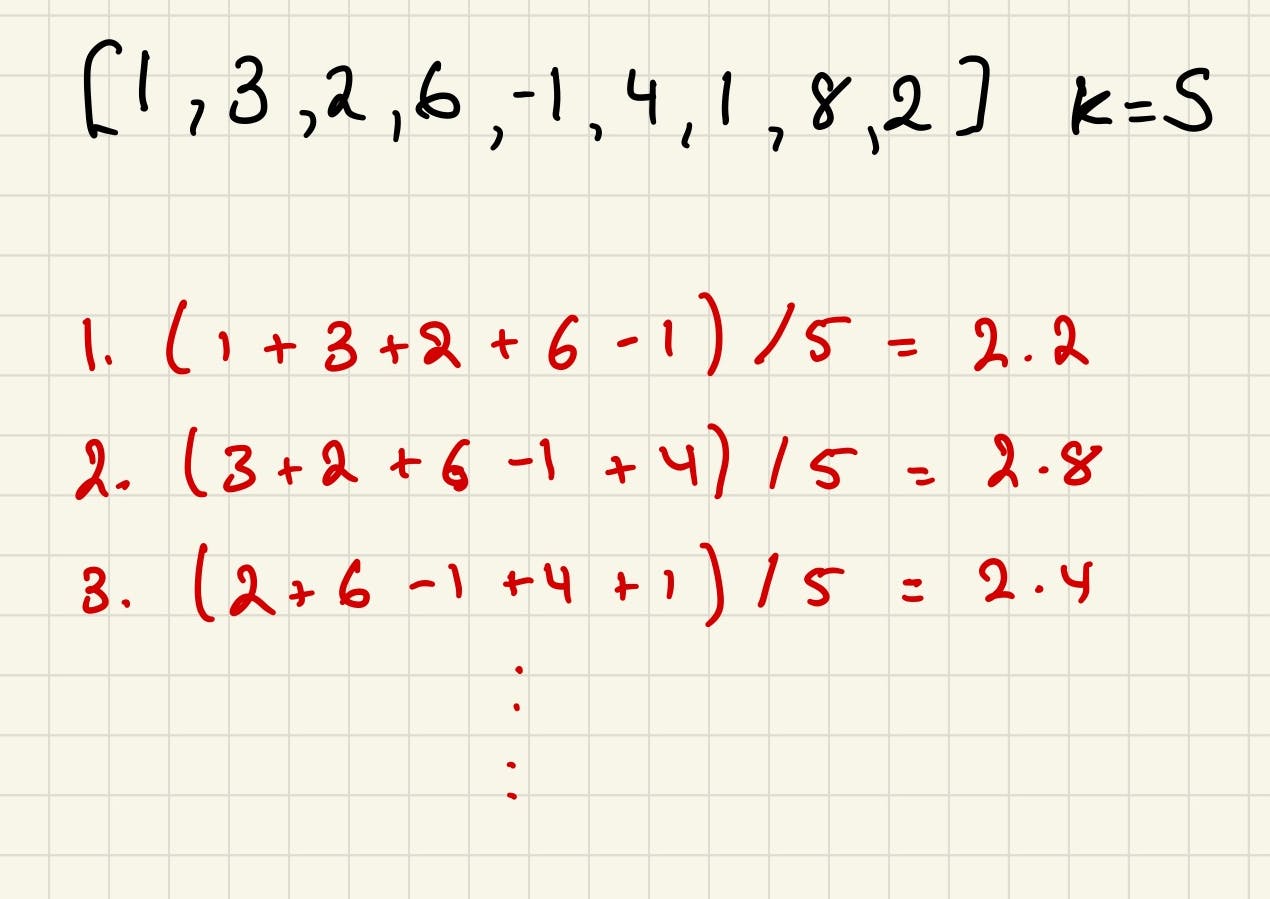 So what's the time complexity for something like this? I'd suggest you try working this out yourself.

Spoiler: We can do better using the sliding window approach!

The first question to ask ourselves is: Where is the inefficiencies?

Well, if you look at each one of the steps where we're calculating the averages, you can see that most of the elements that we're using are the same! The only differences are at the beginning and the end of subarray. (Or if you prefer Linked List terminology, the head and the tail)

Here's a visual representation of the differences and similarities between step 1 and step 2:

As you can see, all the elements in blue are the same. The differences are circled in red.

Let's bring in the sliding window.

Have a look at this beautiful diagram:

Pretty simple right? It's crazy to think that such a small change in the algorithm can lead to such drastic improvements. We've just reduced the space complexity from O(N * k) → O(N) !

Here's some code for you:

Note: In this case the sliding window was a fixed size. This may not always be the case; you may need to resize based on the constraints of the problem.

Nice article. Sliding window is an useful technique. I think though you have some issues in your logic and code. You mention that for k = 5 you should take elements from [0:6]. This range will take the first 6 elements not the first 5, and so on for the rest of the ranges.